Here is an unusual case of penis tophi, proving that uric acid crystals will spread everywhere eventually. I have summarized a gout case study below, and there are many more in my tophi guidelines. So I have included lists of tophi in different parts of the body after my case study review.

This is my layman’s summary of a report from the University Hospital, Granada, Spain[*]. The author’s summary is:

Gout is a metabolic disease characterized by hyperuricemia and the deposition of monosodium urate crystals in different anatomical locations. We report the case of a 61-year-old man who received consultation for gouty tophi in the penis, which is an unusual location for this type of pathology, that was resolved with the surgical removal of the tophi. We provide a review on gout and its treatment as well as other locations where atypical gouty tophi have been described.

Gout symptoms usually involve recurrent bouts of swollen joints and high uric acid in the blood leading to crystals forming in and around the joints. Gout patients often have lumps or tumors under the skin called gouty tophi.

The most common sites of tophi include the ears, elbow, knee, and the heal as well as under the skin of the hands, feet, and elbows. Tophi vary in quantity, size, and shape. They are yellowish-white in color with firm, smooth or ulcerated appearance and are, in most cases, highlighted on the skin [1, 2].

This report records the case of a patient with penis tophi, which the authors note is “an exceptional location for this condition.”

A 61-year-old male had a history of high blood pressure and years of high uric acid and gout. He consulted for 4 small lumps on his inflamed penis that caused him pain during erection. The largest lump was 2.5 cm, suggestive of gouty tophi.

The patient also had similar lumps of various sizes on his hands, feet, and elbows, which were painless. (Note Widespread Painless Tophi also features elbow and feet.) He was treated with allopurinol and NSAIDs, but despite treatment, the lumps did not disappear. His uric acid blood test results were 9 mg/dL.

The tophus was removed surgically, and analyzed to confirm that it did contain uric acid crystals. The patient was without symptoms for 9 months after surgery.

The report has 2 paragraphs describing the nature and incidence of gout [3, 5].

There are 4 forms of gout:

Gout occurs after many years of high uric acid. Usually it starts with painful swollen joints. After about 5 more years, high uric acid leads to tophaceous gout. [7] Though usually around the ears and joints, tophi have been reported in other unusual locations. These include:

The report describes how tophi may be resolved by lifestyle improvements, but usually by uric acid lowering drugs. There may be reasons why surgery is necessary to avoid discomfort or immobility. [6, 8, 9] In this case allopurinol was not sufficient to reduce the tophi, so surgery was the answer. See other alternatives to surgery to remove tophi in the treatment for gout guidelines.

We can see that it is not sufficient to treat gout pain alone. We must control uric acid to prevent gout moving to the tophaceous stage. Once it has reached that stage, surgery is often required.

If you are worried about abnormal lumps, you must consult your doctor immediately. You can also discuss your tophi experiences in my gout forum.

Finally, I recommend these additional reports about gout in different parts of the body:
Tophi guidelines tell you all you need to know about gouty tophi, and here are the latest additions:

Leave Penis Tophi to read about tophi in other parts of the body. Or return to Step 6 of your GoutPal Plan for Gout Victims. 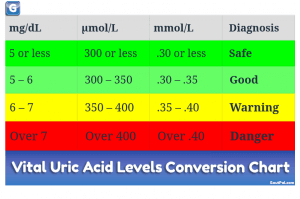 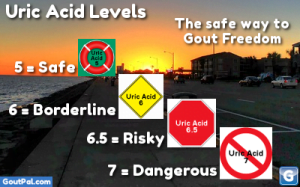 Foods That Cause Gout 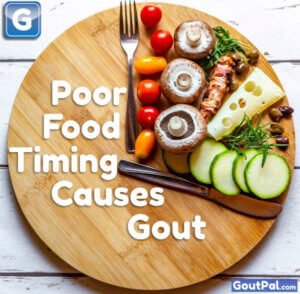 Best Drink For Gout – What’s Yours?